In 2011 I designed some letterpress cards bearing this haiku:

From the moment I scribbled those words, I was convinced of the truth that being a hero doesn’t require anything magical or superhuman. It only requires us to share what we have. Looking at it that way, I started to see gratitude as something worth sharing as well.

So I started using these cards to write my own thank-you notes.

Life’s been busy in the years since, and many good things have come along. I found a job I really like, I married an amazing woman, we bought a house, we adopted two beagles, and life has been about as good as I ever expected. The good things also happen when things in general aren’t as good as we hope — as other people reach out to share their friendship, kindness and help. Either way, the list of heroes I started keeping years ago is now seemingly infinite.

My eventual goal is to thank as many of those people as I possibly can. It will take many years.  If I were to thank every single contributor to my life, the task would certainly never end, and I will definitely run out of cards at some point. Yet however woefully short I fall, I hope all the overlooked (yet deserving) folks will understand.

That said, if you receive one of these thank-you notes, I hope it helps you to see how much even the smallest gesture or sliver of  kindness has the potential to inspire and improve someone’s life. And in case there are things you’ve forgotten to express gratitude for, maybe it will remind you to pass the same sentiment along to someone else (I’ll even share a card or two for you to use, if I can).

Whether I ever get around to that handwritten note for you, I want to thank you for reading this message.

On my way to work the other day, I caught a particularly interesting episode of Hidden Brain. It was about dream jobs. Specifically, it was about dispelling the myth of the “dream” job – the one thing you’re meant to do (or be) with your life.

People often mistake high-profile, prestigious or lucrative careers for the most rewarding, but they often aren’t. At the least, job satisfaction isn’t always predicted by the level of compensation, prestige or fame associated with a career.

This idea about job satisfaction isn’t a new one, but the next step in this episode spells out something that isn’t always included in the conversation: the idea of “job crafting” – which I loosely describe as the practice of making your own job more satisfying. Not the job you dream of someday, but the one you have right now.

Whether you’re a corporate attorney or part of the cleaning crew at a medical facility, it’s still an option.

You can find the Hidden Brain on iTunes, or you can listen to it here.

What happens when we face uncertainty? How do we feel?

It depends on the situation and the person. I know many who feel a pronounced anxiety when the path, or the outcome, is unclear. I can definitely relate. There have been many situations where I’ve felt this way, and there’s one thing that all them have in common: the feeling that I have no control over my own destiny.

In the past few years, I’ve been downright blessed to have had tremendous opportunities — most of which presented as gaping voids. A small handful of times, I’ve turned my back on the void only to see someone else step in and take advantage of it. Other times, fortunately, I’ve stepped into it myself and amazing things have happened. The results have ranged from incredible learning experiences to accomplishing things nobody expected.

I still haven’t distilled just what it is that separates the opportunistic void from the dangerous void. I’m kind of feeling my way. I still get it wrong every once in a while, but even that could be a matter of approach or timing, couldn’t it? Isn’t it possible that every void presents some form of opportunity — even if it’s not the kind of opportunity you’d want to take credit for?

Yours, mine and ours

Back in the 2012 election season, there was a roadside sign we would pass on the three-hour drive to my mother-in-law’s house. It read:

It was a rather large sign, and it was apparently a reference to President Barack Obama. It sat in a place now occupied by a sign touting (President-elect) Donald Trump.

I remember the tone of political discourse back then. A lot of people were happy to see Barack Obama residing in The White House, but a lot of people saw his presidency as a sign of America’s plunge into the abyss. For many of those folks, Barack Obama represented an indelible stain on our nation. And many of those people had a hard time tamping down their utter distaste for the man who had been elected to the highest office in our land.

In response to the often irrational and disrespectful protests that persisted over the past two presidential terms, many other Americans expressed disgust. We are a democratic republic after all. Part of our system depends on respect for the electoral process and its result. Which means respect for those who hold office once the electoral dust settles.

Those of us who were disgusted by the disrespect and irrational ranting about Mr. Obama’s position were right to be disgusted. The electoral process had been carried out according to the U.S. Constitution, and those who objected to a lawful change of power were actually doing much more than expressing opinions. They were essentially disrespecting our system of governance.

But as immature as their behavior has been, their angst was real on some level. It was an angst predicated on the idea that “that guy” is running “their” country. And I’m sure the owners of that sign now feel as if they’re well on their way to reclaiming their country. After all, many of them view Donald Trump as their President in a way they were unwilling to view Barack Obama.

In this way, the irony of the past few weeks has been sobering, because the shoe appears to be on the other foot now.

Millions of people have a very real angst about what a Trump Presidency might be like. He was not their choice, and now he is set to take control of their country.

Our country — that’s the one. Try to remember that through the angst, or through the sense of triumph, you’ve been feeling these past few weeks. Because for all of us who call this nation home, it’s our country, and the person who takes the oath of office next January will be our President — regardless of how we voted.

It will be extremely sad if any significant part of our country follows the poor example of the anti-Obama movement by decrying the legitimacy of our next President, especially if they’re still following that example in another three and a half years.

The saddest part will be if we allow our nation to be divided by our angst.

The thing about angst is, while it may be real, it’s still only angst. Angst should only ever be a supporting player, never the leader. Because angst focuses on the downside at the expense of the upside. And if you genuinely believe there are dangerous things ahead, then it’s even more important to see your options clearly, not through a lens smudged by anxiety and fear.

So instead of fixating on doom and failure, try seeing the possibilities that still lie ahead. Because angst is a horrible compass by which to steer your life, much less our country.

About ten days ago I arrived in Memphis, Tennessee, for a work project. Since then I’ve experienced a lot of new sights, tastes and challenges. A positive tone was struck the moment I walked into my hotel room to find this on the table:

If know me a little, you may have some idea how pleased I was to find a handwritten welcome note waiting in my room. And if you knew that much about me, you know there’s no way I wasn’t going to leave a handwritten thank you note:

I scribbled out this note as I was leaving because I love writing thank you notes, and I am truly grateful for the hospitality the folks here have shown me. Staying at the Hyatt Place has enhanced my entire trip. The least I could do was let them, and you, know.

An ounce vs. a ton 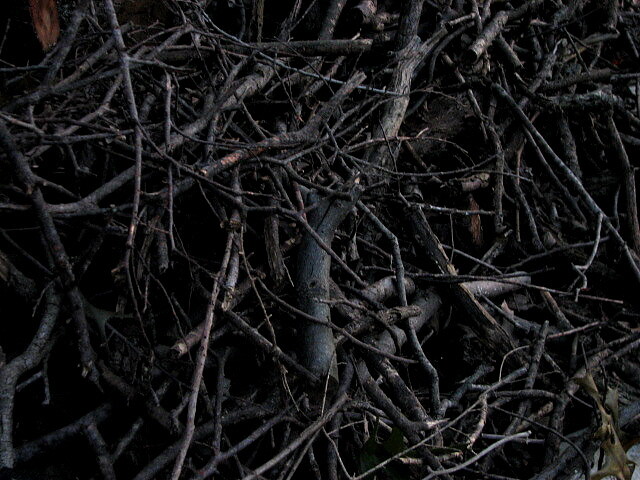 How much of your time is spent putting out fires? For many of us, it’s way more than we care to admit.

How many little problems do you spot in a typical day that you would fix, if only you didn’t have to run off to another three-alarm blaze?

Now this: how many of those infernos gained their momentum because someone ignored them when they were barely a spark? Or better yet, how many of them were the pile of kindling that we should have just picked up in the first place?

When someone brings a simmering concern to our attention, a frighteningly common reaction is to point to the fire of the day. The implication being, “there’s no time for longer-term thinking — we have to worry about right now!”

A less common approach is to address the little issues that quietly threaten to engulf us tomorrow. Or next week. This is more than just nit-picking. It’s an investment in our ability to be more productive, and proactive, in the future.

The trick is to recognize the pile of kindling before another missed opportunity lies in smoldering ruins. 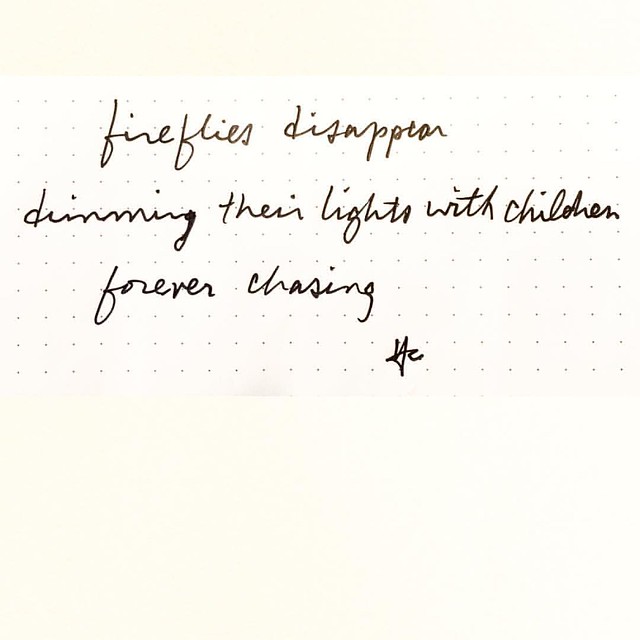 Lately I’ve been wondering, if I had to give a TED talk, what would it be? How would it look and sound?

I’m not suggesting a TED appearance is in my future, but posing the question to myself is a way of attempting to focus on what really drives me. So I entertain the question.

If you had to do it, what would that be like? 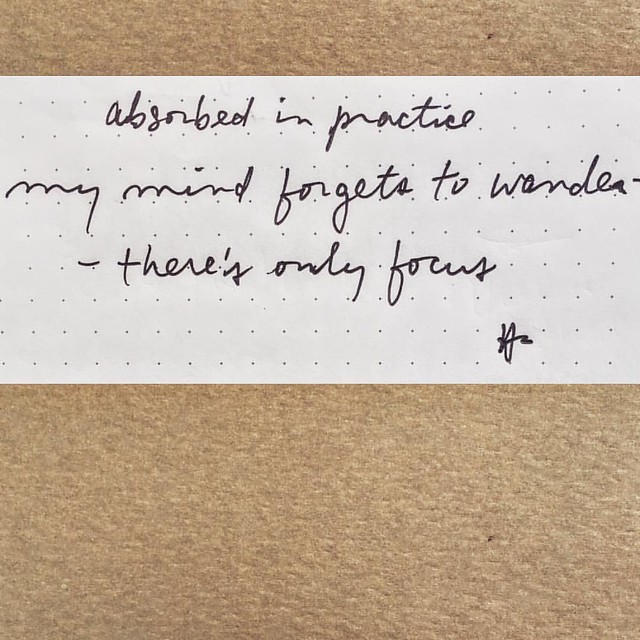 If you haven’t seen this video before, watching it may be 6 of the most worthwhile minutes you’ll ever spend. END_OF_DOCUMENT_TOKEN_TO_BE_REPLACED