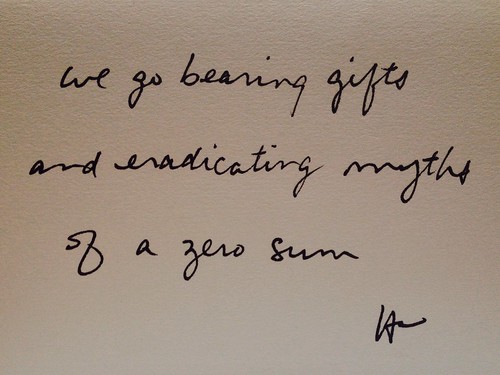 I used to think of gift giving as something ordinary, as in the kind of gifting many of us do on certain occasions — the holiday, the birthday, Father’s or Mother’s Day. Even if you don’t give out of a sense of obligation, the gift is often prescribed by tradition.

Then I came to see gift giving as something done without expectation, sometimes without the giver knowing whether the gift has been received or appreciated. It might even be done without the recipient knowing who gave it. It’s a ripple you send out into the world, with no strings or expectation of a return. You give the gift because you’re able to, and you believe someone else may benefit.

It might seem presumptuous. It might be presumptuous, but after years spent fearing that my gifts would be received the wrong way, I’ve realized something: a thoughtful gift, offered without ulterior motives, is rarely a mistake.